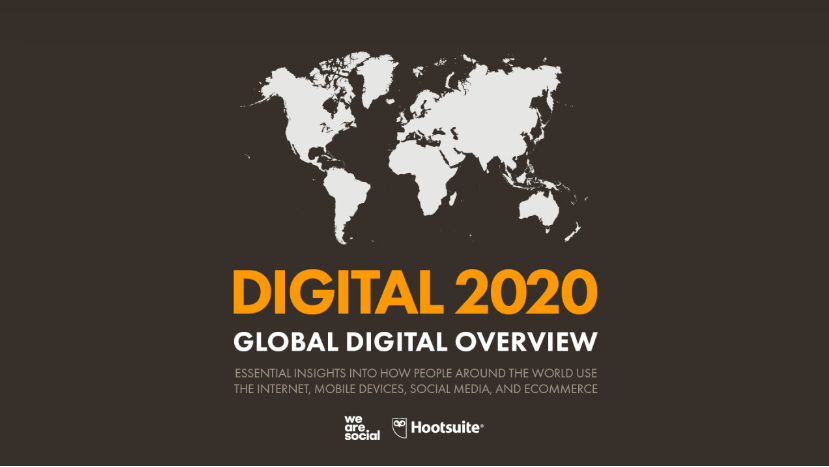 Globally, more than 5.19 billion people now use mobile phones with use numbers up by 124 million (2.4 percent) over the past year.
___

Based on Digital 2020 Global Overview Report, it shows that digital, mobile, and social media have become a part of everyday life for people all over the world. More than 4.54 billion people now use the internet, an increase of 7 percent (298 million new users) compared to January 2019 while social media users have passed the 3.80 billion mark in January 2020, an increase by more than 9 percent (321 million new users) since this time last year. 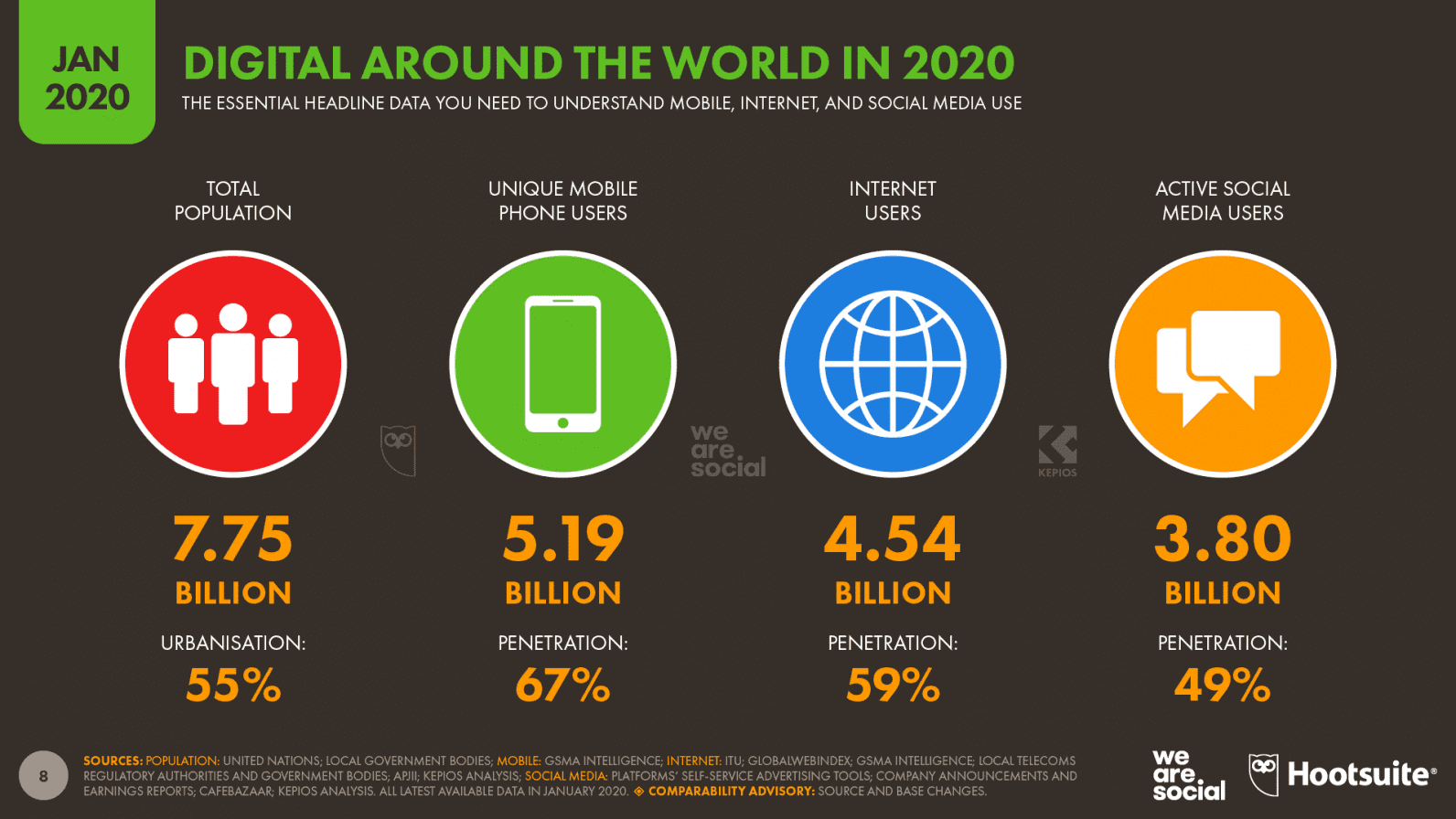 In addition, the average internet user now spends 6 hours and 43 minutes online each day. The world’s internet user will spend a cumulative 1.25 billion years online in 2020.

If we allow roughly 8 hours a day for sleep that means we currently spend more than 40 percent of our working lives using the internet.”

(Simon Kemp, CEO of Kepios and Chief Analyst at DataReportal)

Besides that, age plays a significant role in determining level of internet access across these regions: more than half of Africa’s total population is below the age 20 and there are more than 460 million people below the age of 13 across Southern Asia. However gender is also one of a critical factor in determining level of internet users. In particular, women in Southern Asia obviously shows that are three times less likely to use social media today compared to men which gives meaningful insight into broader internet connectivity in the region. 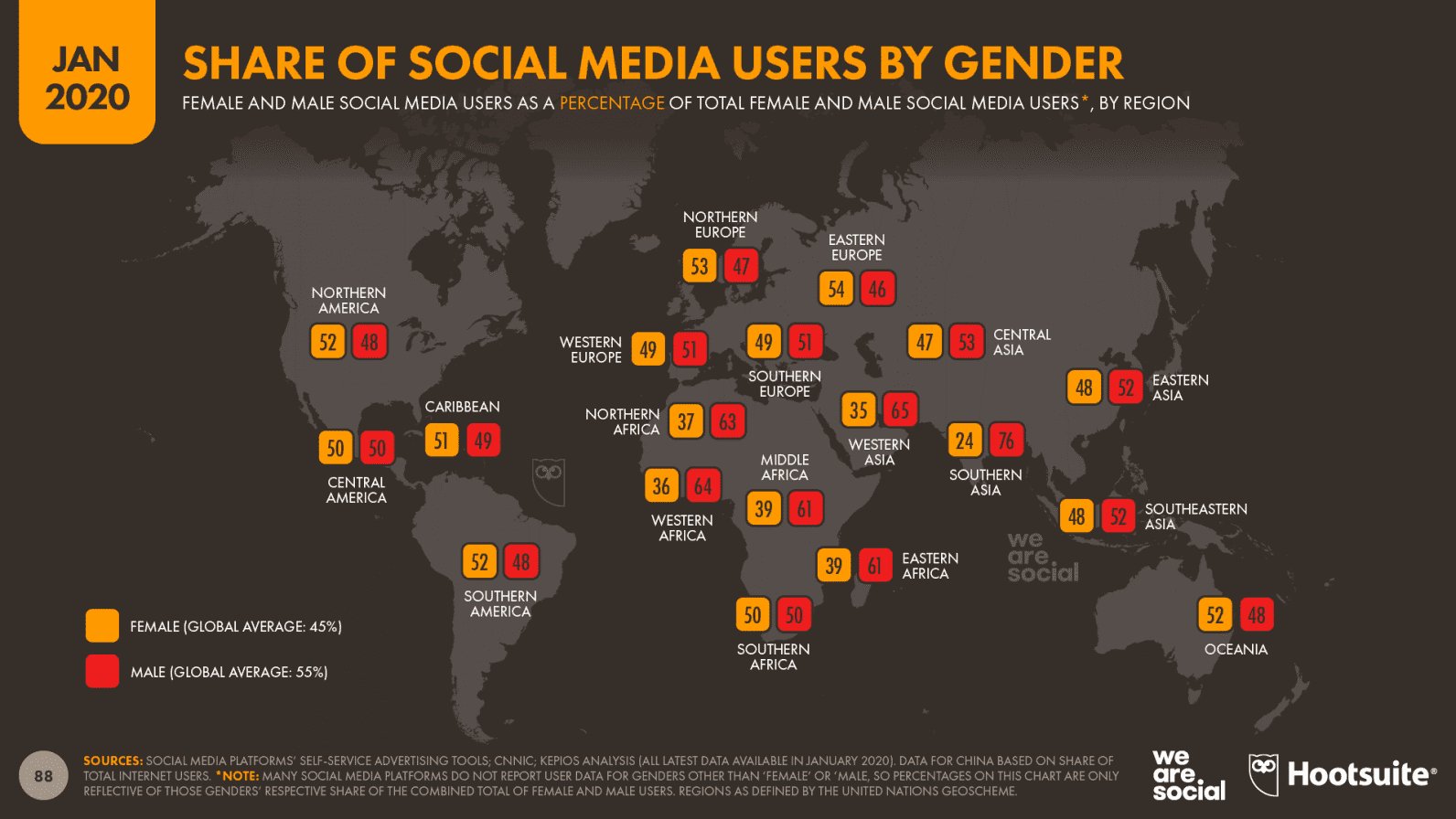 ICT Use by Individuals, Malaysia

(Source: ICT Use and Access by Individuals and Households Survey, Department of Statistics Malaysia, 2018)

The Internet, as all technologies become a significantly part of our everyday lives and changing the way we interact with others. The way technology is growing, it is obvious more and more people are using the internet, social media and mobile connections to grasp its benefits. It has brought a lot of advantages for the society. Obviously, the power social media can enhance life and use it as communication channels.

However, on the other hand it has also affected the society in the negative way. It is all about the usage and getting things done positively by using the power of internet.

Statistician with extraordinary passion for everything. There’s always room for a new idea, a new step… a new beginning.