Why Do We Need the Population Census?? 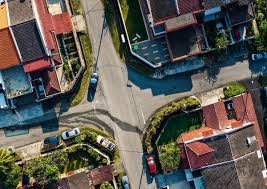 Implementation of the Population and Housing Census is important in provide comprehensive statistical information on the trends and patterns of households and residents in Malaysia. The information obtained will be used to plan, formulate and implement the policies of the Government of Malaysia such as Citizenship Policy, Housing Policy, Education Policy, Health Policy and Security Policy for the purpose of national development and the interests of the people in the future.

Census information also determines how government funding will be spent nationwide. This detailed profile creation will be used to make the planning and decision on public services needed for each locality such as hospitals, schools, roads, and public transport. Local Authorities also use census information to help meet the core needs of their area.

1. Population size: Population census helps the government to know the total number of people in the country. This includes the sex, age, geographical and occupational distribution of the population.

2. Population Density: The density of the population of the different areas of a country can easily be known. This will enable the government to know the areas with a large or small number of people.

3. Housing: Government would be able to know whether the houses available are enough for the population.

4. Planning: Population figures are sources of data, which are required by the government for effective forecasting and planning.

5. Economic Planning and Development: The Economic growth, planning and development of the country can easily be carried out using figures obtained from population census.

6. Provision of Social Amenities: Government would be able to know the number of people in a particular area at a given time and provision of social amenities could be based on the population of that area.

7. Health: Provision of effective health care system because of working knowledge of the number of hospitals and health centres, and this can easily be ascertained through a good and accurate population census.

8. Education: The Government would be able to plan an effective educational system for its country based on a good knowledge of the population of the country.

9. Transport: Population census makes it possible for the government to know the types of transport facilities that are required for the country.

10. Distribution of Natural Resources: Natural resources of a country can easily and effectively be distributed if the population of the country is known.

Real INTEGRITY is doing the right thing as your first priority.

An overture to Malaysia's Leading Index
Coronavirus: How worried should Malaysian are?