How to Write a Statistical Story

Writer should write a story by think in terms of issues or themes and need to find meaning in the statistics. Writer must be aware that technical report is not a story, nor is there a story in conducting survey. A story tells the reader briefly what you found and why your findings are important to the reader. The article becomes more interesting if the readers feel that the information they received may affect their life.

Here the possible themes or topics: 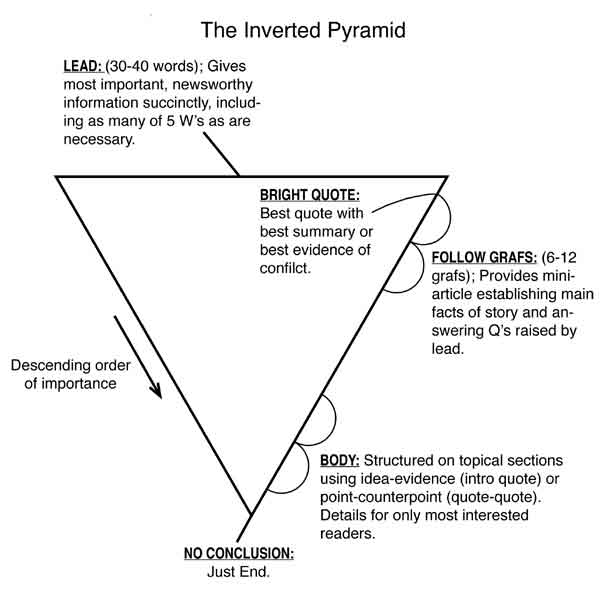 Journalists use the “inverted pyramid” techniques in their writing. The “inverted pyramid” technique is writing a conclusion at the beginning of the story followed by secondary points in order of decreasing importance throughout the text. Contrary to analytical writing, the writers start with the thesis that they want to prove followed by the methodology and data, the analysis and the conclusion at the end.

The lead: The first paragraph

The first paragraph or the lead is the most important element of the story. The writer should not introduce the story in the first paragraph, but to tell a story about the data concisely, clearly and simply. The lead must grab the reader’s attention and help the reader to capture the general message of the data.

The lead should contain a few numbers and the writing of the first sentence is better without using any figures. Do not try to summarise the whole report. Rather, provide the most important and interesting facts. Avoid writing the assumptions, explanations of methodology or information on how you collected the data in the first paragraph.

Here the example to write a lead:

It will be helpful to the readers if the article is written clearly and simply, using language and a style that a layperson can understand. Terms meaningful to an economist may be foreign to a layperson. Avoid using jargon terms. If you have to use difficult terms, you should explain them the first time they are used.

Paragraph should start with a theme sentence that contains no numbers.

Norway’s population had a higher growth last year than the year before. The increase amounted to 33,000 people or a growth rate of 0.7%

Better: In the first eight months of 2004, the amount of utility floor space started was about 20% higher than in the same period of 2003

Headlines should capture the attention because readers most likely to read the headline before they read the full story. The headline should be short and say something about the findings presented in the article.

Let the data determine the type of graph. For example, use a line graph for data over time or a bar graph for categorical data. Achieve clarity in your graphics by:

Numbers easily digestible if presentation table rank data by order or other hierarchies. They show the figures that are the highest and the lowest, as well as other outliers. Large complex tables are appropriate to place in supporting material. While graphics should be accompanied by an analytical heading, titles are preferred for table. They should be short and describe the table’s precise topic or message.

It takes less time to do things right than to explain why you did it wrong.

OPR-cut 2020 in Economic Recovery
Are you ready for Open Data?