COVID-19: The World in Lockdown 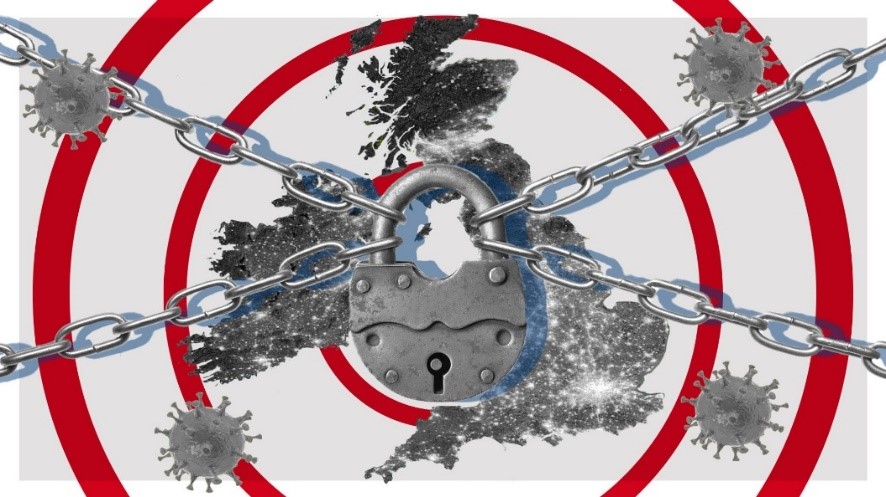 As we have known, Covid-19 has been characterized as a pandemic where this virus originated in Wuhan, a city in China and suddenly shows rapid spread across the world. Right now, countries that have been affected by the virus are doing their best in taking every measure to contain the outbreak such as putting their citizens on lockdown, as social distancing and face to face human interaction can help in breaking the cycle of infection. In this article, we are going to look at several countries that imply the lockdown.

Our beloved Prime Minister of Malaysia, Tan Sri Muhyiddin Yassin has announced that the ongoing nationwide Movement Control Order (MCO) will be extended for another two weeks, which will be effective from April 29 to May 12. This has entered the fourth phase of MCO where Malaysia has started its first lockdown on March 18 to March 31, as the government announced first Covid-19 cases on January 25 and the number of cases rising rapidly across the nation. Then, the government has decided to extend the MCO for April 1 to April 14 and April 15 to April 28, just to fight against the spread of Covid-19.

The Prime Minister of Spain, Pedro Sanchez has declared and imposed a nationwide lockdown on March 14 with the main objective to flatten the Covid-19 curve, as this country recorded the second most Covid-19 deaths and cases in the world after United States (US). The lockdown was extended to April 26 and it can extend even further beyond that as the government decides that several actions need to be taken in slowing down the spread of the virus. The government is still in discussing whether to do an extension on the lockdown which is until May 9 with ease to some restrictions, including allowing children to leave the house.

On March 9, the Prime Minister of Italy, Giuseppe Conte has officially announced a nationwide lockdown where its restricted people’s movement except for necessity, work and health circumstances. Italy was among the first European country to go into lockdown since the worst coronavirus outbreaks in Europe. With this implementation, it was reported that the daily death tolls and the rate of new cases have fallen as social distancing is one effective way to reduce the virus spread. The government also announced that the lockdown will be extended until May 3 and have the plan to lift national lockdown after the lockdown ended by analyzing the reopening plan thoroughly and explore all the details.

On March 17, France’s president, Emmanuel Macron announced the nationwide lockdown where citizens were ordered to stay at home except buying essential things or seeking medical care. Then, the strict lockdown was extended beyond April 15, which helped in preventing the spread of the virus. However, the government planned to lift the restrictions on May 11, if the citizens were “civic, responsible and respected the rules” and the number of cases showing signs of slowing down.

Unlike other European countries, German Chancellor, Angela Merkel imposed strict social distancing measures or partial lockdown starting March 22 where there are no public gatherings of more than two people, allowing people exercising outside and alone with at least a 1.5-meter distance between others and non-essential shops were closed. The restrictions remain in place until April 19 and after that, there are easing restrictions on the partial lockdown where shops can reopen and schools gradually restart in early May.

Meanwhile, in the United Kingdom (UK), the Prime Minister, Boris Johnson has announced lockdown which officially started on March 23, for three weeks. All bars, cafes, pubs, restaurants, children and school facilities were closed. Without ‘reasonable excuses’ such as shop for essentials, no one could leave their homes during the lockdown. On April 16, the government decided to extend the lockdown for another three weeks as lifting the lockdown too quickly might cause another wave of disease and wreck the economy.

India has started its nationwide lockdown on March 25 for 21 days (Phase 1) which has been announced by the Prime Minister, Narendra Modi. As this lockdown is implemented, it will limit the movement for 1.3 billion population of India for preventing the spread of Covid-19. Then, Phase 2 has been implemented where the government extended the lockdown from April 15 to May 3. However, several experts have suggested to extent the restrictions further as the country might lose its momentum in breaking the cycle.

In Australia, people were asked to practice social distancing and stay indoors as much as possible. As announced by the Prime Minister, Scott Morrison, all borders were close to foreigners starting March 20 and foreign cruise ships were also banned from docking in its harbors in slowing down the spread of the virus. On March 22, the lockdown was officially started and all non-essential services were closed. The lockdown may continue with its strict measures for at least 90 days as this health crisis will give an effect on the economic crisis.

Covid-19 has created a global health and economic crisis that affects many countries in the world. Lockdown is an effective way to slow down the rate of infections and there is a running list of countries that are on lockdown due to the Covid-19. As stated by WHO Director-General Dr. Tedros Adhanom Ghebreyesus, the lockdown has created a second window of opportunity and don’t waste this opportunity!